Are you in there?

Parenting: Touching the Hearts of Our Youth

I have thought a lot about this, especially since Hannah starts school in a year and will be away from me more and more. I hope that for my children I can be there when they need me and even when they don't.
Posted by Heather at 2:25 PM No comments:

We just got home from the in-laws. It's great that they live close enough to drop in for a few days. The kids love it and this time their cousins from Houston joined us. It was a good trip. It was good to get away for a few days, get to breathe, not have to worry about what we were eating for dinner and they had vanilla ice cream (I'm not eating chocolate again).

I am so thankful for family near by. I never thought that would be an issue but I will be sad if one day we are not within a few hours from some sort of family. I wish I could have been with my mom. I miss her so much but I am thankful that Lynette is wonderful. The Wrights are always happy to have us there.

The kids had a blast. They loved playing with their cousins in the water, and being entertained but their aunt, Rachel and uncle, Ian. Also, seeing grandma. They love being with her.

Now we're home and there are things to do. Tomorrow I have to unpack since I have a child sleeping in my room. Then there are all of the things we are getting ready to make room for the baby. Only 10 weeks left. I am so ready for her to get here.

My joints are really starting to ache and exercising is just not what I want to do. Give me some more vanilla ice cream and gingersnap cookies, my couch and a good chick flick and I would be really happy. Alas, to work we go. The kids are excited and I really just have to finish potty training Jonathan. He's doing great. It is such a better experience than it was with Hannah.

We have to re-arrange some furniture. We were hoping to move but recently found out that wasn't going to happen this semester so, we will wait until next semester and see what happens. I'm kind of relieved because it means I can get things ready now instead of waiting and waiting and then having to move the beginning of October.

I also have a few little sewing projects to finish up and then hopefully in about 8 or 9 weeks we'll get to have our baby. I'll be really put out if we have to wait the full 40 weeks or longer.

Happy Birthday to Us! 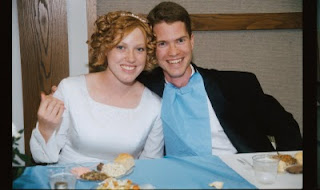 Five years ago, today, Hyrum and I were sealed for time and all eternity in the Manti, Utah Temple. It was a perfect day and the best choice I ever made.

Now five years later we are still happily in love and enjoying our life together. One promise we made is to have plenty of adventures and we certainly haven't had a shortage of those. Some have been unplanned and a little more adventurous than we would have chosen, but life, or rather our Father in Heaven has been good to us. The best part of this adventure we call life has been Hannah, Jonathan and now our new addition to come in 11 weeks.

I am so grateful for my best friend. I love you, Hyrum.
Posted by Heather at 3:18 PM 3 comments: 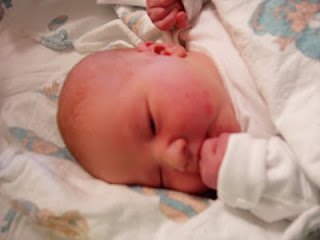 Hannah is 4 years old. I can't believe it. I seems like yesterday when I thought she would never get here. 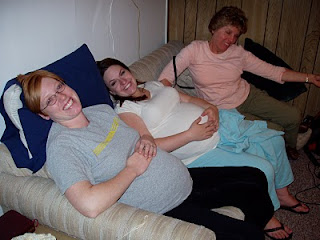 Now she's 4. We had a good birthday with her this year. I decided I would have some of her friends over for lunch and cupcakes. We had a good time. It was a crazy day and I was exhausted by the end of it but she loved it. It was good to hang out with my friends too. 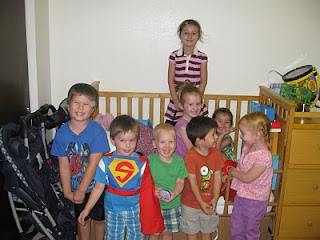 That was Friday and then Saturday, her real birthday, we didn't have much planned but the day quickly filled and finally burst into a rather productive day for us and a good birthday for Hannah. I went to a quilt thing that I have every month and when I got home we decided to get a storage unit, fill it and buy more furniture. After Hannah's approval of these plans we were off. We got everything settled with the storage stuff and then headed to one of our favorite stores, Ikea. After a tasty lunch of Swedish meatballs and chicken fingers, complete with dessert, we found our dresser of choice.

We then headed to our other favorite store, REI, for a quick stop, during which Jonathan slept the entire time. Woohoo!! After that we headed home and opened presents. Hannah was delighted. Then I hurried to decorate her cake. I made the fondant myself and I don't think I'll ever do that again but luckily she's only and she didn't mind. I got the cake made while Hyrum worked on building our dresser. We ate a quick dinner, sang Happy Birthday, ate our cake and then off to bed with the kiddos. 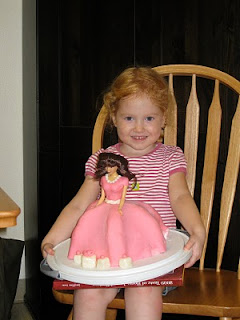 She got a few clothes, some workbooks for her letters and numbers, some paper and fancy scissors, shoes and from her grandparents, a tiara making kit, rubber stamp kit and a shirt. It was a good day to be together as a family.

Hannah is so happy to be four. She is really growing up and turning into such a good helper and a fun little girl. We are so thankful that she was sent to our home. Happy Birthday, little bug! 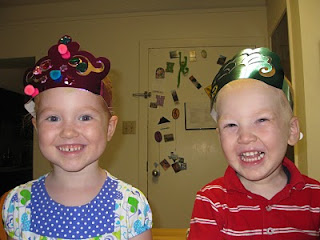 I've always enjoyed riding my bike.  I still remember the first time I rode on my own, as my dad let go and I was under my own power for a few brief moments, before crashing to the pavement.  From that ignominious beginning, I love of two wheels grew.  We lived on top of a slight hill, which made riding to school as a 6-year-old fun, but coming back home a bit more challenging.  To my young mind, a bike was an exciting symbol of freedom and speed.

As I got older, a bicycle found another use: basic transportation.  I appreciated the freedom that came with riding my bike to school instead of the dreaded yellow school bus, and continued to do so until I got my drivers license.  I occasionally used my bike to go exploring among the (then desolate) back roads of Allen, Texas.  My bike got a break while in high school, as I preferred gasoline fumes to the fresh air of cycling.

As a missionary, I continued to ride, mainly out of necessity.  Over the course of my two-year mission, I spent seven months assigned to areas where we were left to our bicycles for transportation.  During those seven months, I put over 2700 miles on my bike, including a single day of 70 miles.  Having a companion who enjoyed cycling helped introduce me to cycling as recreation and sport, and I learned a few maintenance tricks along the way.

At college, I was once again car-less, and my trusty Liahona-brand bike, having followed me home from my mission, became my sole transportation link: to class, to family, to church.  Even riding through Utah winters became standard, and discovering the delicacy of riding a two-wheeled vehicle on snow.  While at BYU, I completed my first century, the aptly-named ULCER, and I was hooked.  I few more centuries come before I graduated.

Upon the start of grad school, cycling again took a back seat.  Busy with school and a young family, I found little time for personal pursuits.  It wasn't until a summer internship a couple of years ago, that cycling again became a transportation necessity, and I found the time to ride for recreation as well as transportation.  Purchasing a new bike, and completing another century, put me back in the saddle toward my cycling goals.

These days are better.  Once again, I eschew the bus for my bicycle, doing a ten mile round-trip commute in the course of a typical day.  Even though I travel for work, I still try to find time to cycle.  I can ride twenty-five miles at the drop of a hat, and have found ways to sneak rides in around a busy family, church and school schedule.  I'm hoping to do another century this fall, and may even set some longer-term, and longer-distance, goals.