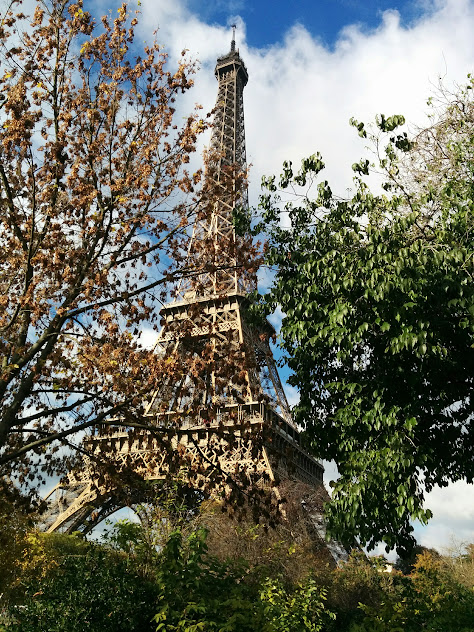 Friday was our best day in Paris.  It was the crème de la crème of our entire trip.  The morning started with a trip to the Eiffel tower.  The kids were dying to see the Eiffel Tower so when the weather showed sun we knew it was the day.  We took the metro and you should have heard the exclamations when the train emerged above ground and we caught our first glimpses of the tower, closer than ever since our arrival.  We got off at our stop and when we got out of the station there she was, the Eiffel Tower, looming above us.  It was pretty cool.

We quickly moved through the security lines and found ourselves underneath the magnificent structure.  It really is a great testament to human engineering and creativity.  We tried to get advanced tickets for the elevators but they were sold out so we decided to climb the stairs to the second level and then whomever wanted, could continue to the top.  The lines again were minimal since it was November and we were there early.

Everybody (but Ben) climbed those stairs without too much trouble.  The view from the 1st level was pretty good.  After a breather we continued up to the second level.  Hannah has inherited my fear of heights and is still learning how to handle it so about 3/4 fourths of the way to the 2nd level she was feeling a little woozy.  When we arrived on the second level we quickly found an empty bench so she could sit down.  We took in the views of the city around us and then Hyrum and Charlotte made there way to the elevator that would take them up to the top.  The other kids and I were content to stay where we were.  We wandered around the shops inside to keep warm until Ben decided he just wanted to run.  Then we went back outside to wait.  Thankfully Hyrum and Charlotte weren't too long. 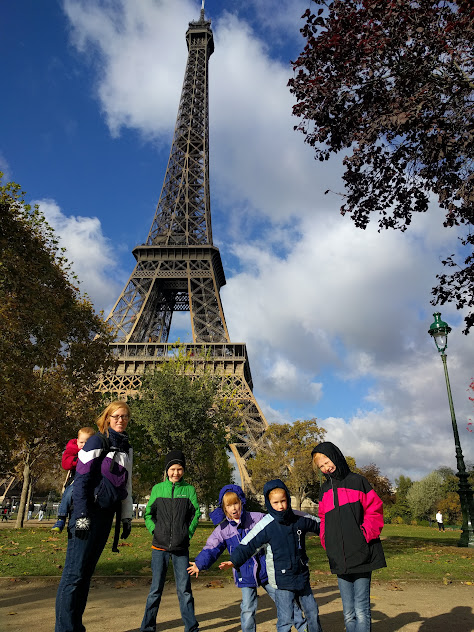 We made our way back down the stairs and after buying the kids a souvenir, Eiffel Tower key chain, we left that sight behind us for the time being.  We wandered to a playground on the Champs de Mars where we enjoyed lunch a little playtime for the kids.  Then we wandered through the park away from the tower.  We walked to Les Invalides, an old veteran hospital that is now a museum and a church which houses the ashes of Napoleon.

We went through the exhibits on World Wars I and II since Jonathan is really interested in that right now.  It was interesting to get a European view on the wars.  I mostly tried herding Ben in the right direction and attempted to keep him from touching the artifacts.  We took a break outside for a little snack and the kids ran around the gardens before entering the church.


Napoleon's Tomb was quite the sight.  It in below the entrance level but there is a great pit, under the dome, you look into to see it.  You can take stairs to the lower level but it is rather a tasteful but sumptuous crypt.  The walls around the tomb were carved with various sculpture depicting Napoleon as the supreme leader and center of French government.  I wasn't expecting much but it was rather impressive.

After that we walked to the Rodin museum in an effort to spend some time because we wanted to see the Eiffel Tower at night.  It was fine, but not our favorite.  One of the great things about exposing ourselves to lots of different kind of art is that we are better able to define what we like and dislike.  Hyrum and I both decided we prefer marble sculpture to bronze.  The sculptures we saw just looked so unnatural and twisted.  It wasn't really our thing.


After Rodin, we went to Rue Cler, a charming street to walk down with a lot of places to eat.  We stopped a little crêperie for some dinner.  After a long perusal of the menu the kids all settled on their favorite flavor combinations and we worked on ordering.  The owner was very patient with me as we tried to communicate between my limited French and his limited English.  It was a good experience though.  The kids enjoyed their crêpes and we all enjoyed a night out in a Paris cafe. 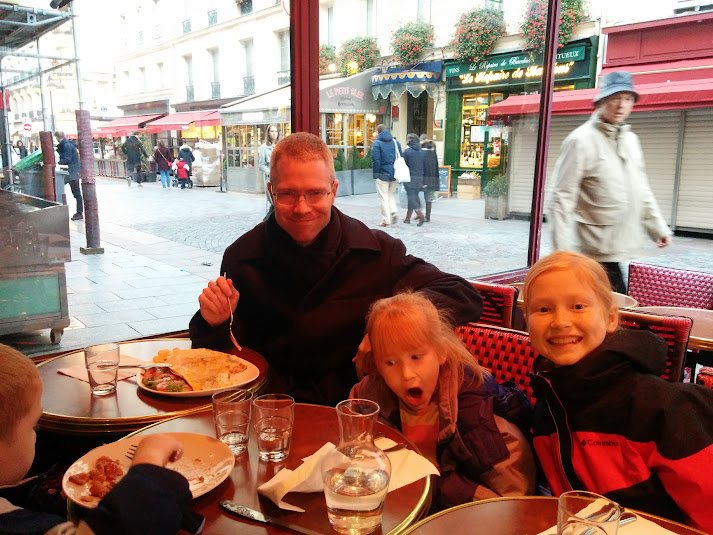 After dinner we made our way back to the tower.  It was truly beautiful, all lit up.  The air was full of the noise of happy people.  Laughing, singing, music all around us the sounds of life.  It was really good for my soul.  It was great to be there as a family.  At that moment, the trip had been worth it.  We walked around the tower to cross the bridge on the side opposite the Champs de Mars and can you guess how our kids responded when the lights started twinkling?  They were positively giddy.  It was really fun.  We enjoyed slowly walking across the bridge glancing back to see those lights dancing on the tower.  Across the bridge there is a museum and the lights reflected in the windows there.  It was a magical experience, one I don't think we will soon forget. 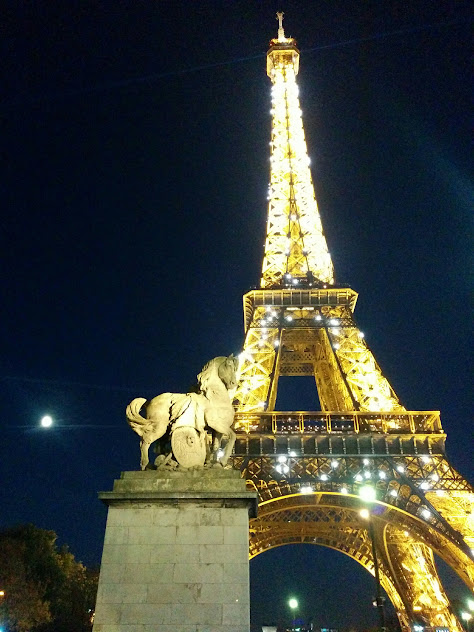 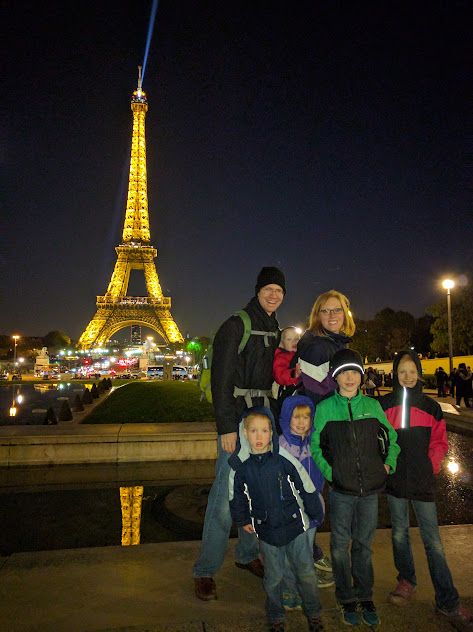 It was a lovely day.  The kids had walked a lot and we were glad to get back to the apartment but I am so glad we stayed out and had the experience.  It was a special evening.
Posted by Heather at 2:54 PM