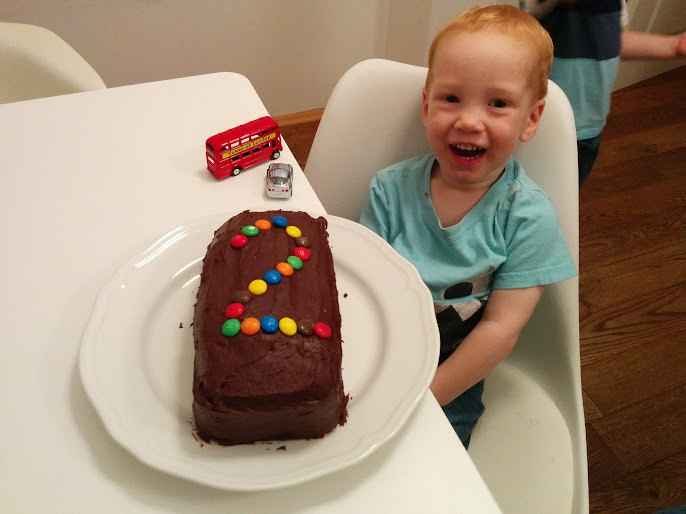 We celebrated Ben's 2nd birthday this week.  We love this little guys.  Everyone wants to play with him, hold him, kiss him and just be with him.  He such a light in our home.  He is pretty obedient and talks so much.  I love conversations with a two year old.

We celebrated with a couple presents in the morning, an old school London double-decker bus (it's also a pencil sharpener as Jonathan pointed out) and some road tape.  The road tape was a big hit.  The older kids were deciding how to ration it's use so they can take some home.  Ben carried his bus everywhere with him.  He loves it. 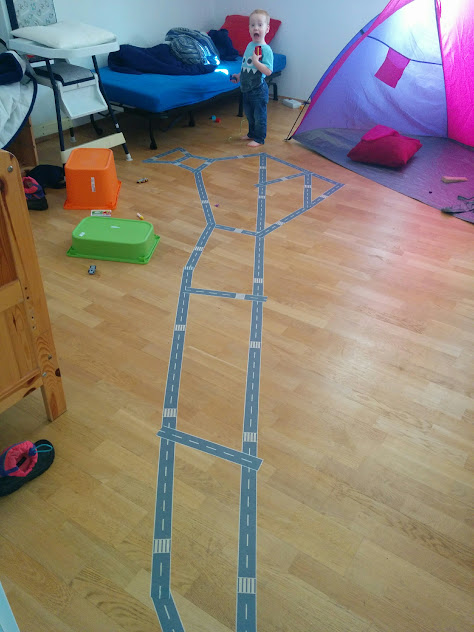 We spent the day at home working on Christmas decorations and I made Ben's birthday cake.  I found some cocoa so I made our favorite chocolate cake recipe.  I had seen pictures on Pinterest for a piñata cake so I winged it for Ben.  I cut out the inside of the cake and filled it with M&Ms.  Ben was pretty excited when I cut the first piece and M&Ms fell out.  Those were the only things he ate. 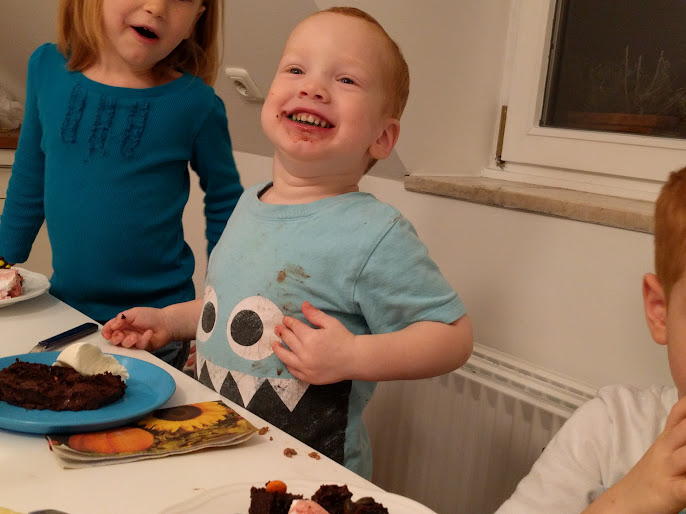 This little guys has been such a blessing in our lives.  I'm really glad he is part of our crew.  Happy birthday, Ben!