Giant's Causeway and the Carrack-a-Rede

Our morning started a bit earlier than I wanted but all's well that ends well as they say and we were up and out the door by 9:20 this morning armed with jackets, snacks, lunch and water.  Our first stop for the day's adventure was the Giant's Causeway.  This is a basalt rock formation in Northern Ireland from a volcanic eruption many tens of millions of years ago.  Through the millennia erosion has caused these rocks to weather in a geometric pattern of 3-9 sided figures, always forming Y connections where rocks meet.  We all had a ball scampering around on the rocks.  first down to the sea then up on a larger formation then back down again.  One of the highlights of the day was watching a pod of dolphins swimming out at the mouth of the bay.  We watched them for probably a good 15 minutes.  It was fun to hear the stories of the giant, Finn MacCool and his feud Scottish giant that required him to build the causeway and the other stories about different parts of the area.  The kids were enthralled.  It was, yet again, rugged and wild but awesome!! 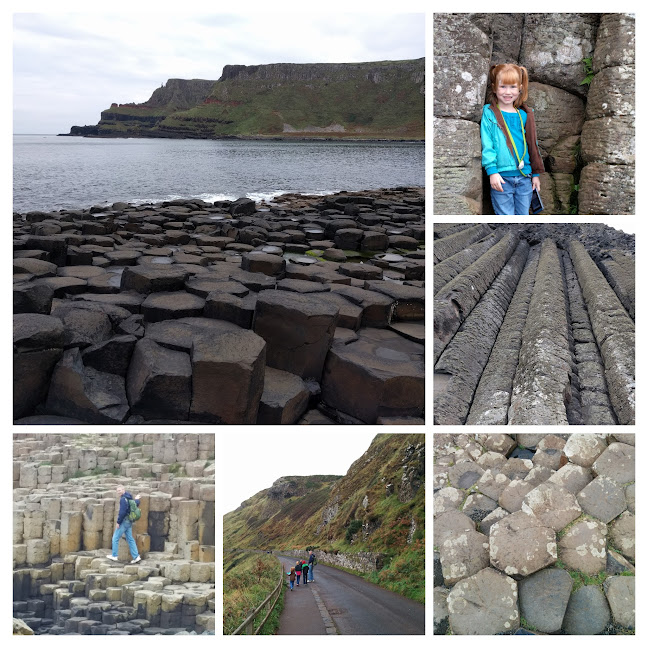 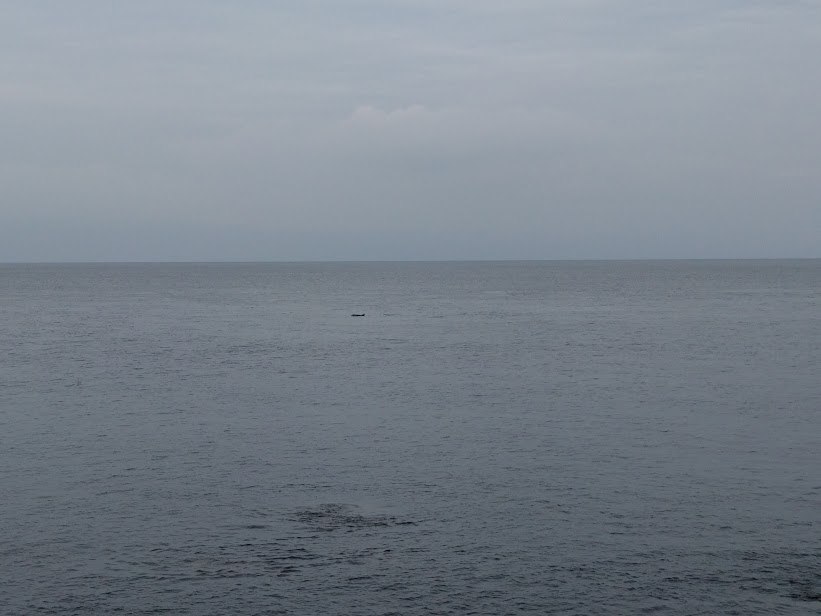 After Giant's Causeway, we drove up the road two trips and a stagger as they say here to the Carrak-a-Rede Rope Bridge.  It is a rope bridge to an island used by salmon fishermen not so long ago.  I wasn't sure I was going to make it across but thankfully, I had to be strong to get Spencer across.  He only thought I was talking to him as I encouraged us both just to keep watching Hyrum's head in front of us.  It was gorgeous though.  The views were great and it was well worth the time. 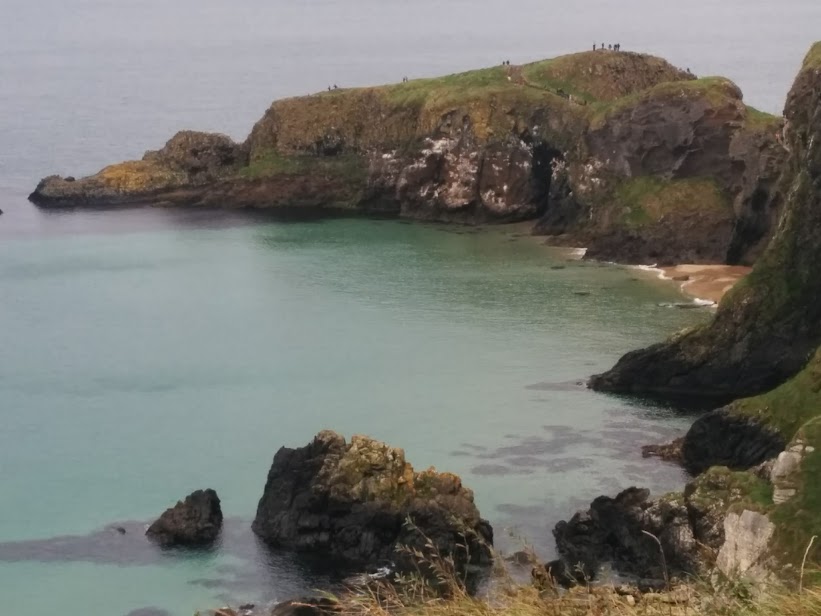 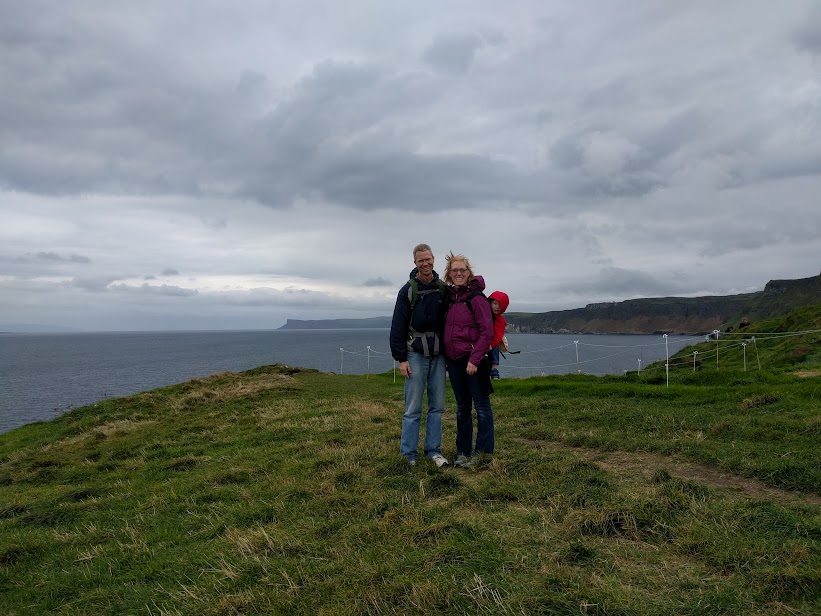 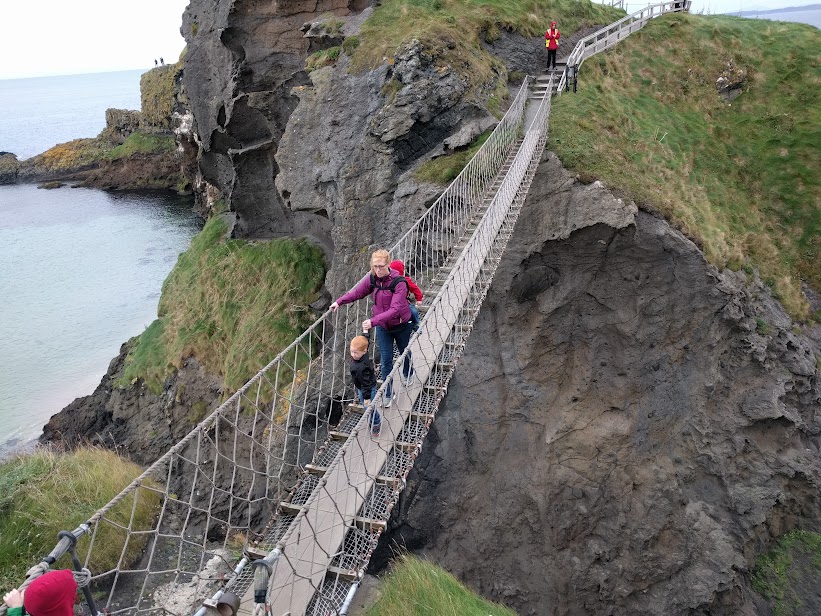 We had a good day on our last adventure here in Ireland and the United Kingdom.  Monday we move on to Germany and our adventures on the Continent.  Stay tuned for our Germany adventures!!
Posted by Heather at 3:52 PM