Our trip to Ireland was on a ferry.  It was a mini cruise ship, complete with slot machines, duty free shopping, children's play area, movie theater and restaurant.  The kids were pretty enamored and could have stared out the windows at the sea rushing pass the entire journey. 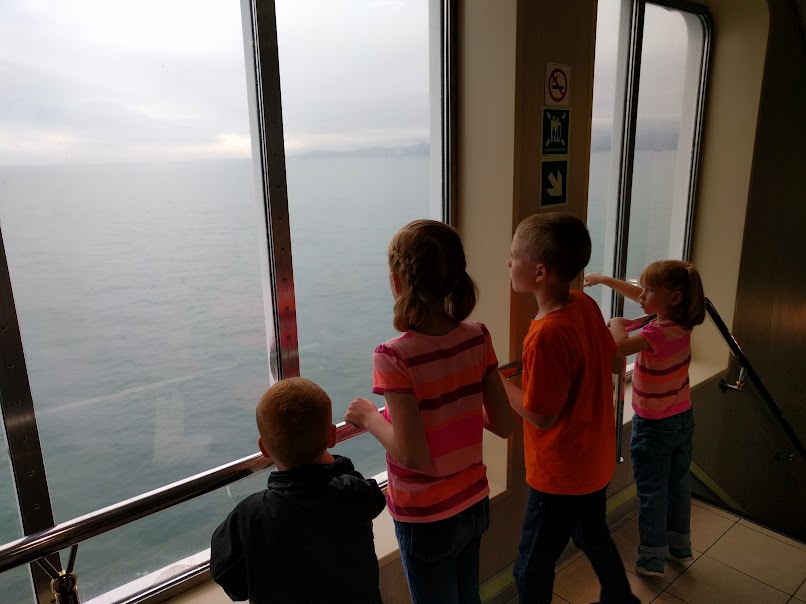 It was about a three hour ride and from the moment we started moving until the moment I met the ground again I was a little woozy.  Hannah had bit of motion sickness too.  Thankfully, we had booked a berth in hopes that the little boys would take a nap.  That didn't happen but after we munched a bit more lunch, We turned off most of the lights and tried to rest.  Charlotte and Spencer really want to go back to the children's play are since there was a movie playing.   Hyrum was kind enough to take them while I laid down to try and feel better.  I tried to convince Ben to join me but he was having fun pushing buttons and exploring our little space.  After about an hour the older kids, Ben and I join Hyrum, Charlotte and Spencer.  We all "enjoyed" some Curious George until they made a final call for dinner. 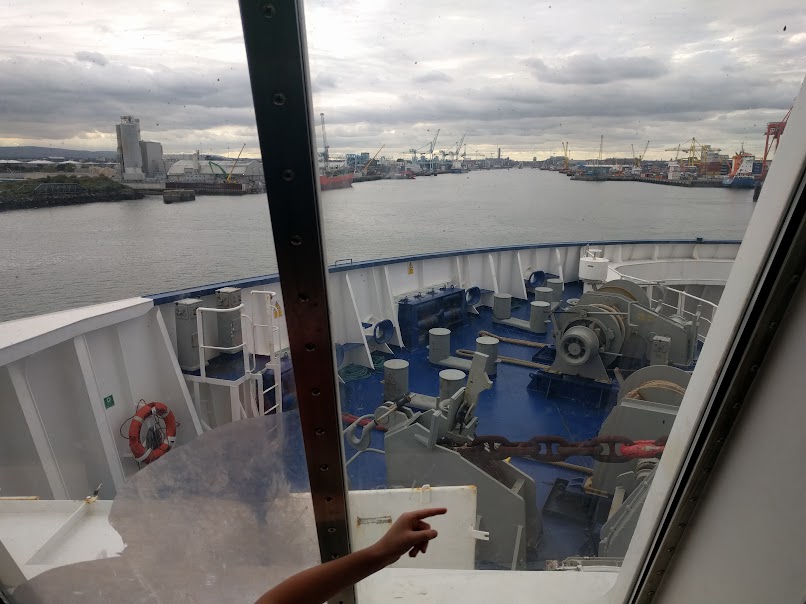 We had meal tickets since we wanted to be able to get right to our cottage that night.  It turned out this was the best choice we made of the day.  Hyrum and I went down memory lane and enjoyed some Swedish meatballs while the kids enjoyed chicken fingers and french fries.  After dinner we went back to our berth and picked up our mess.

We made our way back to the restaurant level, turned in our room keys and sat down to watch the boat dock.  It was quite fascinating to watch the ferry come into port.  As we had boarded the ferry there were large semi-truck, as well as passenger cars in the hold.  As we disembarked, so did they.  It was if Noah's ark has opened but with vehicles instead of animals this time!

Dublin port wasn't great to look at so after we gathered our bags, I was looking forward to seeing a more attractive part o the city.  It did get better.  After the ferry we had to catch a train.  The ferry company had a shuttle to train station so off we went.  We hurried to the train station and thankfully made our train.  We were on the three for quite a bit.  It was rush hour and we filled a section with our bodies and luggage.  I don't think people like it very much.  The ride however was really nice.  Once we got out of the city, the train follows the coast.  It was really lovely. 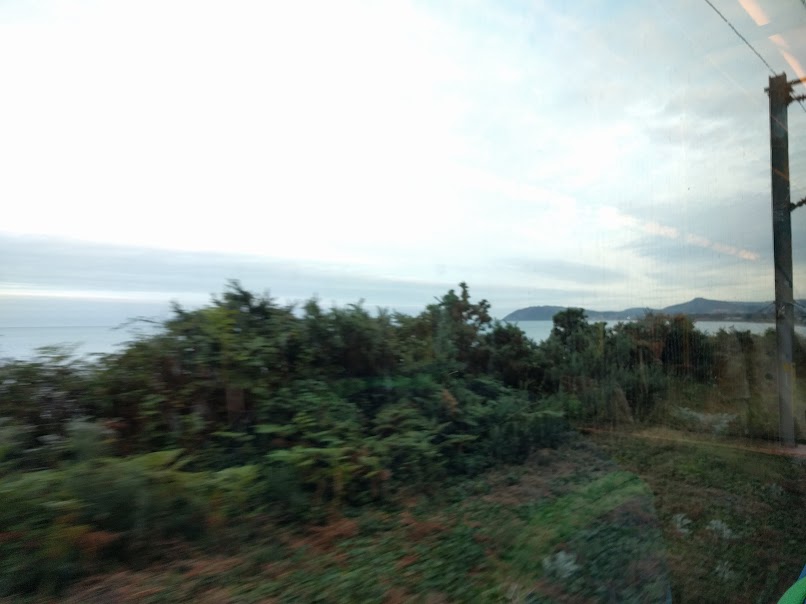 We were pretty loaded down but we were determined to make it work.  As we were getting off the train a gentlemen took pity on us and helped us get everything and everyone off the train.  He started to give us directions to get out of the train station and then said he would just help us get out.  He took a bag, directed us to the lift (elevator) and after a couple lift rides (the lifts could accommodate half of us with suitcases in tow) we all found each other again and made our way through the turnstiles.

Our new friend, said good bye while Hyrum went to get our Leap Cards, passes for the buses and trains in and around Dublin.  A few minutes later though, he was back again with information about taxis.  I was so impressed with his willingness to help us out.  I was grateful for a complete stranger's help.  We were still about 30 minutes from our destination and it was getting to be a very long day.  His kindness helped easy the growing worry I had in my mind.

We were hoping to find a taxi van to take us to our cottage since we would have to wait nearly and hour for the next bus and that would mean we still had to walk about .5 miles before we got there.  With all of our stuff that was a bit daunting.  Taxis to go to the little village we were staying near are rather hard to find, add to that 7 people and 8 suitcases/bags and we couldn't find any takers.  We ended up waiting for the bus and riding the 30 minutes on the bus.

By the time we got off the bus it was very dark outside.  We were on this country road in the middle of nowhere with only a vague idea of where we were suppose to go.  We set off walking down this dark road single file with our phone flashlights on to see where we were going and help cars see our little caravan.  We finally turned down our lane and the fear was growing inside me.  Initially there were beautiful flowers, but quickly we were walking past junk piles, overgrown bushes and derelict-looking houses.  I didn't think things could get worse after London but I was beginning to think maybe they were about to.  We hit the end of the lane and it went from paving to gravel.

Just as I made it, Hyrum open the door to our new home.  We quickly got everyone and everything into the cottage, got pj's on and assigned everyone a room.   We were met with a clean, bright, sizable home that would suit us just fine.  I could finally relax, after we put everyone to bed.
Posted by Heather at 4:23 PM